It is hard to find out at the beginning, if the film is a comedy with dramatic elements or a drama with few funny scenes. One you can be sure of: it is funny for at least half of it’s length (depending on your sense of humor of course).  The dialogs / monologues are really well constructed, you actually want to listen to them despite their horrific length. James Urbaniak is hilarious, did he really took comedy classes from Llloyd Kaufamann ? In general I can say that “facing his inner clown” went very well for Hal Hartley. Eloquently funny.

Forget about Shaft, Black Belt Jones and Dolemite, Joe bullet is the new hero and will end the corruption in the football / soccer World. This film tops many of the Blaxploitation films I’ve seen. Action, suspense, gadgets, romance, sports – What else can you want from a movie ? A great music theme? It has it too!

Who is Tony van der Merwe?

What is Gravel Road Entertainment Group ?

One of the first South African films featuring an all-African cast, and starred Ken Gampu, one of the first black South African actors to appear in Hollywood films. Independently released in 1972 in the Eyethu cinema in Soweto, and after only two screenings, the film was banned by the then Apartheid government. The film was later unbanned after special appeal and a personal screening to the Minister of Communications. The film was, however, never released again and simply disappeared. Now, after more than 40 years, the film has been digitally restored and finally available for world-wide release.

Second of the Gravel Road films shown at the festival, a western with only one caucasian actor (that dies in the first 1/3 of the film). Was entertaining, but had also it’s bad moments. 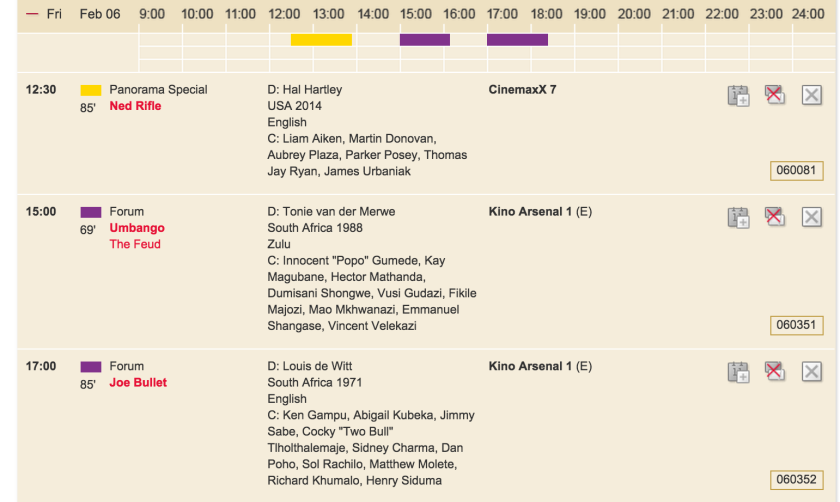